PHOTOS ARE AT THE BOTTOM OF THE PAGE!!! PLEASE SHARE THE LINK!!

August 5, 2010. Updated information about the Parks And Recreation Board. See Photos below. Please see the article in today's Fayette Daily News. The information below fills in the additional details in the story.

June 23, 2010. A fight breaks out on the basketball courts at Kenwood Park. Fayette County Paramedics, Marshals, Sheriff and Fire and Rescue responded. At least one victim is transported by paramedics.

June 22, 2010.
I had my meeting with Jack Krakeel this afternoon. Here is my take on the meeting.
It was at times very lively with neither side holding back much. Mr. Krakeel’s openness and candor were greatly appreciated.

The issues discussed in detail were:
1.A gate at the entrance to the park/illegal trash dumping.
2.A pay station.
3.A fence next to the walking trail near the public access road.
4.Park Commission Action/Inaction.
5.My harassment by the Marshals office in the park.
6. A building in the park.

Mr. Krakeel asked me to present my findings and suggestions to The Fayette County Parks & Recreation Commission at their next meeting. I accepted the request and will be there at the next meeting. I would invite anyone else who has input for the commission to please show up and give them your input. The commission has been waiting for nine months for input regarding Kenwood Park and allegedly have received no input from anyone other than me in those nine months. So, for a lack of input, they have done nothing. Please plan to attend the commission meeting on Tuesday, July 13, 2010.

The Fayette County Board of Commissioners cannot move forward without without the recommendations from the The Fayette County Parks & Recreation Commission. Let's give them some input so they will finally make a decision about Kenwood Park. For more information go here:

Yesterday, on Saturday, June 19, 2010, I went to Kenwood Park as I have been doing every day for the last couple of weeks. From the time I entered the park, I was trailed, monitored and reported on by radio by the Fayette County Marshal's office. I guess they have enough resources to spend on me, but not enough resources to take care of the park itself or more pressing needs within the county? Please take the time to read today's updated gallery and my account of what happened yesterday.

In the June 17th edition of The Fayette County News, County Administrator, Jack Krakeel said it has been "well over a year" since the county has heard any issues with Kenwood Park. Just in the last week, I have found numerous violations to the use of the county dumpster at Kenwood Park. Did these violations just start last week? I sort of doubt it. Perhaps people got frustrated with complaining and nothing happening or being turned down flat by the county administrator? In the same article, Krakeel is reported as having said the "receptacles are soley for the use of all park patrons". Does this include the dumpster and does he mean that anyone is allowed to bring their personal trash from home to place in the dumpster? And why has Mr. Krakeel been so dead set against putting a gate at Kenwood Park that the Marshall's office can use to close the park after dark?

To give the Fayette County Administrator, Jack Krakeel, your input, you can email him at:

Out of county visitors use the facilities that we have paid for, yet they contribute nothing to the maintenance and upkeep of the park. I suspect it may be the same at other county parks.

If I can prove what I suspect, I would like to present this to the Fayette County Commission to see if a usage fee can be charged to out of county residents such as what we already do at Lake Horton Park as well as putting up a gate which can be closed by the Fayette County Marshall's office each night to keep out the people who continue to sneak in and dump their household garbage in the dumpster or vandalize the park.

If we could collect a mere $1.00 per car, I think we could collect $100.00 (probably more) a day times 30 days. I'm sure an extra $3000 a month would go a LONG way in maintaining our park as well as paying to have the park cleaned, pay for the Fayette County Marshall's Office to patrol the park or maybe even additional parking to accomodate the additional visitors. This is money that could be collected to maintain the park from the extra wear and tear of the outside users without costing Fayette County taxpayers an additional penny.

Let me know what you think. Please feel free to leave comments on the website or email them to me.
Read More 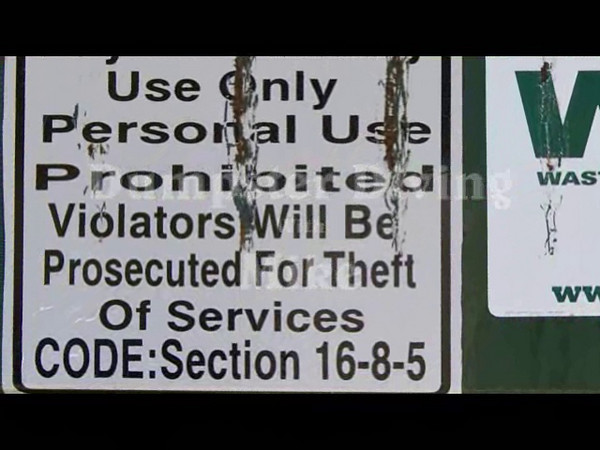